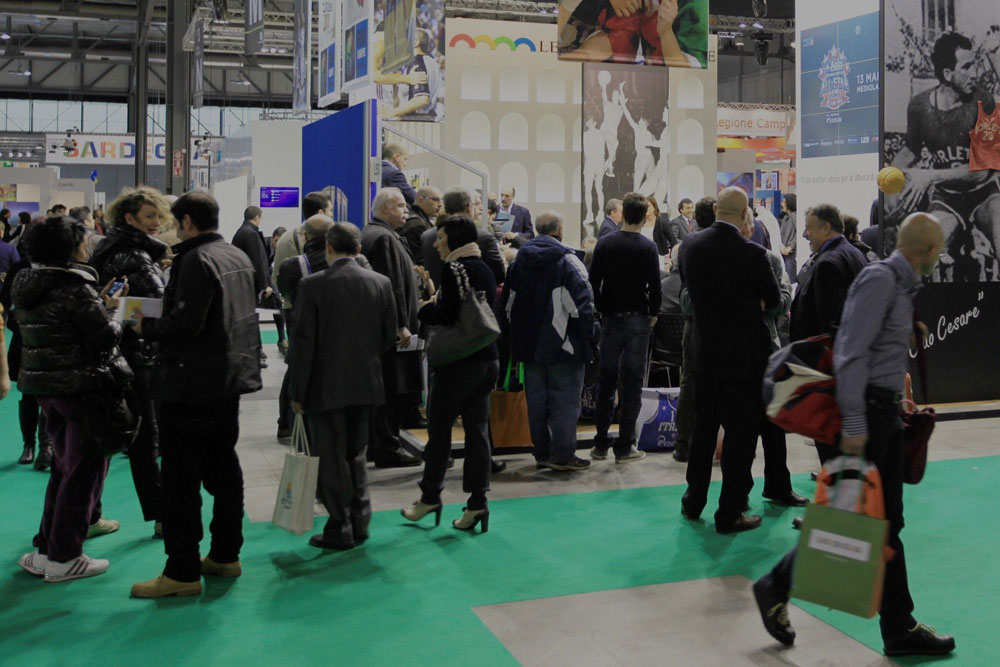 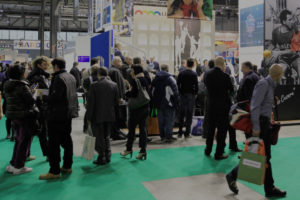 Propellant Media is a Digital Ad Agency based out of Atlanta Georgia. We focus extensively on Geofencing Marketing, as well as paid search, pay-per-click advertising, all of those other cool, fun things that we do as an organization. I wanted to talk to you a little bit about the power of Geofencing for conferences and trade shows. Specifically, businesses and organizations that want to target conference and event attendees at those particular trade show type situations.

I think the biggest challenge that we face as business owners and wanting to connect with those attendees is, that, the only time that we can connect with them, of course, is when we’re there physically at the tradeshow itself. We’re there at the tradeshow, we have our exhibit, our entire booth set up, how are we able to ensure that everybody is really going to come to our booth? Let’s take it a step further. Let’s say you’re not even able to attend the actual conference itself, you know that’s a particular audience that you want to get your message, get your brand directly in front of.

You may say to yourself, I’m going to go ahead and do some Facebook Geofencing, some Facebook advertising, and target a 5-mile radius just to get to the audience that’s going to be there at that particular conference or tradeshow. As you can imagine, that’s incredibly inefficient marketing dollars that you may be spending in that type of situation. The power of Geofencing is, that, we can get all the way down to the contours of a building, the contours of a convention center, if you want to really connect with those event attendees. In this case, our office is here in Atlanta Georgia.

How Geofencing Works For Conference Marketing

I thought it’d be useful to show everyone an example, where part of what we have the ability to do is target all the attendees that might be going to the Georgia World Congress Center. They have events all the time, every single day, all year round. You may think about the Alpha Kappa Alpha Sorority, they have their event semi-annual, if I’m not mistaken, at the Georgia World Congress Center. You have the Hinman Conference, which is a dental conference, they have close to 10,000 event attendees.

As you can imagine, some people may think that, let me go ahead and target all of this entire area. There are some Geofencing platforms that do give you the ability to target an entire block. The difference is, with our Geofencing platform, we actually have the ability to target people all the way down to the contours of a building. As you can see here, Georgia World Congress Center, they actually have different locations. They have an A, B and C location depending on how big of the conference you actually need.

We can actually go in here and build a Geofence directly around the portion of the conference that you know many of your event attendees are probably going to go. You can see here, that’s incredibly much more efficient in advertising than you maybe if you were to target a one-mile radius or a five-mile radius of a city. That’s one of the things that we’re really excited about with this whole new world of Trade Show Marketing.

Target Conference Attendees Even When You’re Not There

With Tradeshow Marketing, maybe you’re thinking about what are some of the things that I can pull into my booth, maybe setting some sort of a mass email to all of the event attendees if you’re directly sponsoring the event or things of that nature. The cool thing with Geofencing is, you can actually take a lot of those sponsorship dollars and instead micro-target a lot of that directly to the people that are coming to the conference itself.

One of the other questions that I’d typically guess, okay well, how does actually Geofencing work? The way Geofencing works is, you can see that part of what we’ve done here is, we’ve built a Geofence directly around Georgia World Congress Center. Anybody that walks inside of that Geofence with your smartphone device turned on, your location service is turned on, we now have the ability to serve the ads to you, both while you’re playing on an app, you’re on an app doing some type of work or whatever.

Where Are Ads Typically Served With Trade Show Marketing

Maybe it’s Angry Birds, Words with Friends, the Weather Channel, those types of apps, then also in browsers. Maybe you’re on a browser, you’re on a website that has advertising space, that’s the other way in which people will see your ads. We can target people, both while they’re there at the conference or the convention, as well as for up to 30 days after they leave the conference or the convention.

Now you’re able, as a brand, and as a business owner, to get your message directly in front of the people that have attended that conference or that convention, and continue speaking to them for that period of time. Now you compare that to all the other forms of advertising, it can be relatively expensive with those other forms. With this, you can be very very efficient, really get your message in front of those people that really matter the most, and ultimately drive more foot traffic to your booth if you are exhibiting there. Worst case scenario, if you’re not exhibiting there, you still have the ability to connect with that particular audience.

This whole world of conference marketing, conference advertising, and tradeshow marketing, I think is truly revolutionary when it comes to Geofencing. If you are looking for Geofencing Marketing for trade shows, conferences, or things of that nature, please do not hesitate to reach out to us. As I firmly believe, this is one of the most effective and efficient ways to get your message in front of those people, while not spending a whole lot of money doing it.