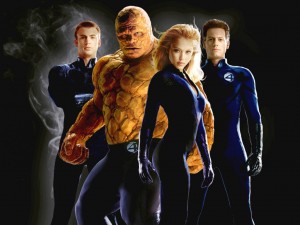 After toiling for years as an anonymous comics writer, Stan Lee had a once-in-a-lifetime idea.
Lying in bed with his wife one night, he dreamt up a brand new type of superhero team. A team of heroes with insecurities, fears, jealousies, and flaws. In other words, a team of real human beings.

Stan Lee called his creation the Fantastic Four. It was a massive hit. Naturally, his boss wanted more. So in an insanely short period of time, he went on a tear – coming up with a rash of similarly flawed heroes, with names like Spiderman, the Incredible Hulk, X-Men, Thor, and Iron Man.

But what should have been Marvel’s greatest triumph nearly sunk the company. Stan and team simply could not handle the demand for new titles and new issues.

They needed a whole lot creative content, but didn’t have the systems to efficiently produce it.

The Marvel Method Saves the Day

Instead of giving up, our friendly neighborhood comic book visionary devised his second once-in-a-lifetime idea.

He created a system.

Rather than writing a full script for each new issue, Stan began putting together one-and-a-half page outlines. He’d then locate the artist on staff he thought was best suited to work on it. From there, the artist would draw the entire book.

At the same time, Stan would work on other outlines and hand them to other artists.

Eventually, he’d get the first one back, add in the dialogue bubbles and send it to press.

Stan Lee’s method was so efficient that it allowed Marvel to easily handle the demand and bring on a whole bunch of new titles.

It also sparked the most creative period in comic book history.

Why Should We Care About a Comic Book Publisher in the Digital Age?

Today everyone should be a creative content producer, no matter what industry you’re in.

In the Dark Ages (before the Internet), people relied on interruptive marketing methods to find out about products and services. Advertisements. Direct mail. Cold calls. Knocks on the door. And since they depended on these sorts of messages, they tolerated them.

In the twenty-first century, when people want to find out about something they’re thinking about buying, they do an online search. As a result, people don’t need interruptive marketing. In fact, they resent it.

How can a company adapt? By creating a steady stream of content (blog posts, videos, articles, etc.) that people actually want. Content that’s informative, educational, and entertaining in its own right – not simply as a thinly disguised sales pitches.

The problem is coming up with this kind of content on an ongoing basis is that its really, really hard.

The good news is that you can lighten your load – and improve the quality of your content— by applying systems and processes to content creation just like Stan Lee did.

Start by taking an inventory of your resources. Who will be creating your content? One or two overworked people in the marketing department? The owner of the company who already has five hundred other things to do every given day? A high-paid outside copywriter who doesn’t know the first thing about your company? An engineer who might take eight hours just to come up with a topic?

Think about what you can do to make everyone’s life easier instead of more difficult.

Take a look at content structures that are already working. A great place to start is with the checkout magazines at your local supermarket. Publishers of these magazines are in the business of capturing eyeballs. You’ll find that the headlines they use and the way they construct their articles tend to follow the same few formulas every single time. This is no accident. Steal from them.

Match the most appropriate content structures with the people on your staff best suited to handling them. You’ll be surprised by how an employee’s creativity will flourish—even when he or she isn’t a writer—when they are given the architecture to hang their ideas on.

Finally, spread the content creation duties thinly enough across your organization so that everyone is contributing a little. Believe me, it will add up to a whole lot.

Ironically, when you apply systematic processes to creative content, it tends to increase the output of innovate ideas rather than inhibiting it. Stan Lee knew this, and it turned out to be the secret to fame and fortune.

Now you do too.