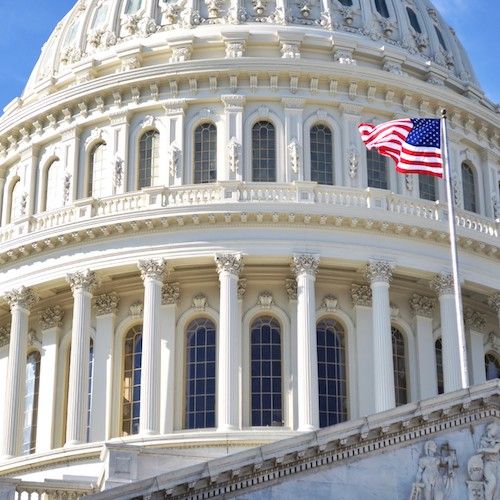 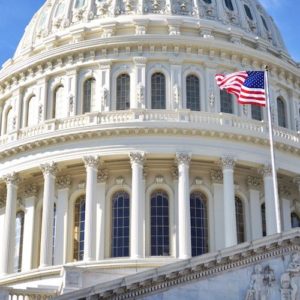 At the end of 2018, there were already 430 individuals who had registered their intent to run against President Trump in 2020. This means if you’re one of them, you’ll want to stand out from the crowd.

You don’t need to be running for president to need clever political marketing ideas for your campaign. Even individuals running for local or state positions are apt to need help when it comes to getting their ideas out there.

You’ll want your core message to not just reach, but also convince the right people to vote for you. In this blog post, we’ll go over some of the ways you can achieve that.

During Christmas of 2017, Shane Ferrari who ran for sheriff of San Juan County, New Mexico, created a viral sensation that put his campaign on the map. Not only were locals voting for him interested, but he even got his video featured on Inside Edition.

His family dog took to eating one of the holiday elves he and his wife had strewn about the house. As a result, they created a viral Facebook post chronically the saga of Josie the dog and the elves’ search for justice.

The joke went so far that an episode of Paw and Order, a parody of the famous TV show Law and Order, appeared on Inside Edition featuring Ferrari and Josie.

While it’s unclear if Josie is now doing time for murdering the elf, one thing is clear: Shane Ferrari is the sheriff of San Juan County.

Although this might be too gimmicky for many people running for office, it did work in this instance. It got people to like his social media pages so that his message was constantly appearing on their screens.

While this may not be the best way to go if you’re running for senate or congress, it’s still a fun way to get people interested in your campaign at lower levels, such as the mayor or sheriff of a smaller town.

Meet People Where They Are

Many young people are attuned politically to debates and goings-on. They’re not just watching what’s happening on the national stage, but also what’s going on in their home counties and cities and towns. As such, social media is a huge way to get young people interested in your campaign.

Although this may go without saying, more and more people consume their entire media from the Internet. This means you’ll need to think beyond the television ads (though they are useful) and get on social media. This is how you meet people where they are.

Run a social media campaign that’s targeted to younger voters. Research the issues they care about and let them know your stance on them. Are people under 40 where you live interested in abortion rights, college tuition reform, and the environment? Then don’t make any qualms about your stance.

You can run targeted campaigns on social media, from Twitter to Instagram. And what’s more, is that you can also advertise on YouTube– one way many young people get their media. Running your ad campaign in front of a popular YouTuber like Shane Dawson or Jenna Marbles is a sure fire way to get young people in on your message.

Get Creative with Social Media

Social media has created ads that are not only on our Instagram, Twitter, Facebook, and YouTube but have become integrated with them. And by this, we mean that companies and even politician and influential figures have teamed up with social media personalities to create content.

Barack Obama famously allowed top social media personalities to interview him about some of their most pressing issues. This is a fantastic way to get your message out there to young people.

You can also track people’s analytics and statistics. Say there’s a YouTuber or Instagrammer that’s very plugged into the scene in Los Angeles and you’re running for a local campaign there. Speaking to them and letting their audience select questions for you to answer is a great way to show you’re approachable and that you’re interested in what young people think is important.

Let People Know You Care About What They Think

In a 2012 Pew Research study of the presidential candidates, it was shown that neither Obama nor Romney replied much to private citizens, nor did they retweet tweets from them.

A great way to get people interested in your campaign is to be interactive. Host an Ask Me Anything on Reddit or your social media. Give people a hashtag to use if they have any questions for you and answer them to the best of your ability.

Many people like accessible campaigns and this would be a great way to show you’re both accessible and care about what the constituents think.

Before the days of the Internet, private citizens let people know where they stood politically by putting up signs in their yards. These signs let their neighbors know who they endorsed, which could sometimes change people’s minds.

If, for example, someone really likes a neighbor who has your political sign in their yard, they may speak to the neighbor about why they’re voting for you.

While this may have been more popular in days gone by, it’s not entirely out of style and can work well for influencing people’s decisions. Let people know where they can get one of these signs for free so that they can display their support for you in front of all of their neighbors.

Another way to get people interested in your campaign is apparel.

In 2004, John Kerry collaborated with Urban Outfitters to make voting apparel cool again. Obama also got down during his 2008 election and collaborated with a smattering of brands that young people are interested in. Doing this helps people not only wear their politics but promotes discussion amongst individuals.

If you’re running for a smaller office, or even something that’s local, that doesn’t mean you need to shy away from campaign apparel. Collaborate with a local mom and pop store that sells clothing to create your own line. Or, use one of the many websites online that allow you to silkscreen and purchase t-shirts and other apparel in bulk.

You can sell them on your website or at your campaign rallies to help drum up support.

Don’t be afraid to hire a graphic designer to help you create the perfect image. A t-shirt that simply says “Vote x” in plain text isn’t going to cut it. You need something that people will be excited to wear.

Create a Website….A Really Good One With Your Policy Positions

Even if you’re running for the mayor of a town of 50 people, you still need a website to direct people to. The website should be professionally designed, have links to your social media and information about what policies you support.

Lay everything out on the table, but in a positive way, so that people can see everything you’re interested in changing in their community.

Additionally, your website should also mention your previous political experience and what you’ve been able to accomplish in previous posts. As the sheriff of your town, did crime go down by 20%? Don’t hide that statistic, make sure people are aware that your politics are effective and that you know how to make a difference in the lives of your constituents.

Your website should also have a way for individuals to donate to your campaign fund. This way, you can continue utilizing social media as well as old-fashioned tried and true methods to get your message out there.

Make the donation easy and user-friendly so that people don’t get frustrated and click away before they’ve given you their pledge.

Making Sure You Succeed

These seven political marketing ideas are just a few of the ways you can make a difference in your community and show people you’re ready to improve their lives.

When it comes to your political campaign and your marketing, this is one area you do not want to skimp on. You want people to see a fresh and polished politician who actually cares about the people he or she will be representing.

Click here for some of our case studies of successful politicians and businesses who have used our services, or contact us to get started on your campaign today. We’re in the business of helping you get elected.