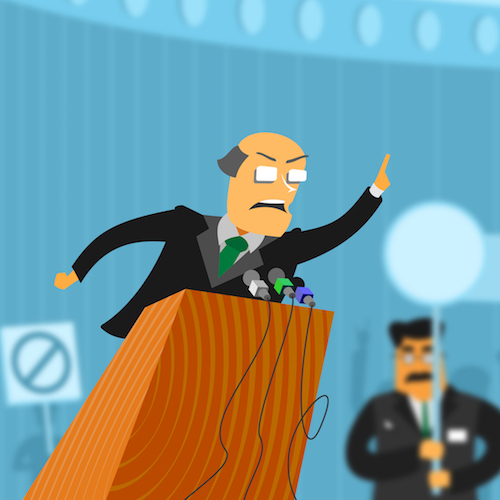 No one’s going to vote for you if they don’t know who you are.

In today’s marketing-saturated world, making sure they do is easier said than done. Modern political campaigning requires knowledge of a variety of platforms.

There’s email marketing, TV and radio spots, mobile marketing, social media, and more. And they all have different rules of engagement.

The latest marketing trends may sound like a dizzying array of made-up words. (Looking at you, geofencing.) But they’re actually easier to implement than you realize.

When was the last time your smartphone was more than a few feet away from you? The same is true of your voters.

Texting voters has become a huge part of modern political campaigning. But it’s not about bulk text blasts anymore.

Peer-to-peer texting involves getting volunteers to reach out directly to other voters.

You can also advertise on social media.

There are also powerful analytical tools you can use to see how your message is playing with voters. And you can refine your message based on that data.

An engaging presence encourages voter engagement. It makes them feel like they’re part of your political campaign.

And which box do your campaign staffers tick on Election Day?

Get Real With Voters

Authenticity sells. Voters are tired of interchangeable cookie-cutter political candidates. Donald Trump and Alexandria Ocasio-Cortez are both examples of candidates who successfully leveraged a message of authenticity.

But the political campaign definition of authenticity isn’t just “be yourself.” You’re still a brand. Stay on message with a unique selling point.

Trump’s was “Make American Great Again.” AOC’s was being an unapologetically democratic socialist. Both USPs were umbrellas for more detailed policies — draining the swamp, abolishing ICE — that appealed to their bases.

What makes you stand out? What’s the overarching theme? Once you decide, you can craft every message to reinforce that theme. Just make sure the theme is likely to resonate with voters.

Go Back to Your Grassroots

When you think of grassroots political campaigning, you probably think of knocking on doors. But to do it well, you need to integrate modern technologies like social media, P2P texting and more.

Dwell on the Negative — the Right Way

What is a political campaign if not adversarial?

Negative ads are nothing new in political marketing. And that’s because they work.

Negative political marketing can shine a spotlight on your opponent’s Achilles’ heel. In essence, negative ads are counter-branding your opponent.

But in an increasingly polarized political world, there’s an unfortunate new trend emerging. And if it happens to you, it could tank your campaign in a tight race. If you get too outrageous, get caught in a lie or your attack doesn’t resonate with voters, negative political marketing can backfire spectacularly.

Remember that negative doesn’t have to mean nasty.

Focus on the issues. Highlight your opponent’s weaknesses as a candidate and contrast those weaknesses with your strengths.

Or video in general. You already know you’ll have TV ads, but don’t just post those on YouTube and call it a day.

On YouTube, you’re not limited to the 15- or 30- or 60-second time limit imposed by TV. You can even test future TV ads to see which ones work best before dropping a wad of cash on ads people don’t care about. And they don’t all have to be ads.

You can post more nuanced videos explaining your positions. You can be more fun (and authentic). You can post candid videos of your political campaign on the trail meeting with voters.

Get creative. That’s how viral videos are born.

You can also advertise on YouTube. It allows you to specifically target users based on a host of data so your message gets in front of the right people.

It doesn’t matter how great a candidate is if they’re not saying the right things to the right people. No one’s advocating for saying whatever voters want to hear instead of saying what you really mean.

But you do need data on your voters to know who to target and how. Many organizations have lists of voter data: political parties, state voter boards, and advocacy groups, just to name a few.

Getting info on voters’ political affiliations is a nice start. You can target people affiliated with your party, independents, and people who don’t have affiliations listed.

It’s also nice to have demographic information like age and gender if you can get it. This allows you to use your P2P network to have volunteers contact people they have something in common with. Millennials connecting with millennials, women connecting with women.

But you can also take it a step further than P2P. Even more information can be purchased from marketing firms and matched to information in voter rolls.

You can tell a lot about someone by what sites they visit and what they buy. Diapers aren’t exactly collector’s items.

You can use that information in email campaigns and ad-buying to get the right messages in front of the right voters.

Micro-targeting is also possible on social media. Sites like Facebook and Instagram collect a lot of data about people. You can use that data to target ads based on users’ gender, location, what industry they work in, etc. You’ll even have data on their income, hobbies, and interests.

You can also target people in real time based on where they are using geofencing. Geofencing involves creating a virtual fence around a location, say for an event you’re having.

When someone with a smartphone enters the location, they are tagged as part of your audience. They can later be sent targeted ads while they’re using certain apps.

Bad email marketing can have a disastrous effect on your political campaign.

People’s inboxes are inundated with political marketing during campaign season. If you’re just another person asking for a donation, you’ll end up in their spam folder.

Instead of talking at potential voters, talk to them. Don’t be afraid to let your guard down and tell a personal story. Were you negatively impacted by a law (or lack thereof)? Tell them about it. Then offer the solution.

Keep it brief and provide value. For a political campaign, that value might be free swag like bumper stickers or links to petitions they can sign about issues that concern them.

This is where micro-targeting comes in handy. There’s no need to send an email about a lack of affordable daycare to child-free voters.

Cozy Up to Influencers

Yes, we’re talking about those social media influencers you hear so much about these days.

A lot of them don’t want to bring politics into their feeds. But many are already talking politics. So why can’t they talk about you?

You can hire people who already have an established following to post about your campaign. But a lot of influencers will be looking to get involved. All you need to do is provide them the tools to spread the word.

Measure Your ROI (Cost Per Voter)

Political campaigning is too much work not to make sure you’re doing it effectively.

A variety of tools allow you to find out which political advertisements are considered most effective among voters. You can refine your political marketing as needed using the information you get.

There are tools to measure the return on investment of everything from your ads to your phone call campaign.

As you can see, there’s a lot to running a modern political campaign. Neither a candidate nor their staff should focus on marketing when they should be focused on the issues that matter to voters.

Focus on writing vote-worthy policy initiatives and let us focus on the marketing end of political campaigning. Contact us today to find out how we can help you build a digital voter list, set up geofencing, help you with social media and more. 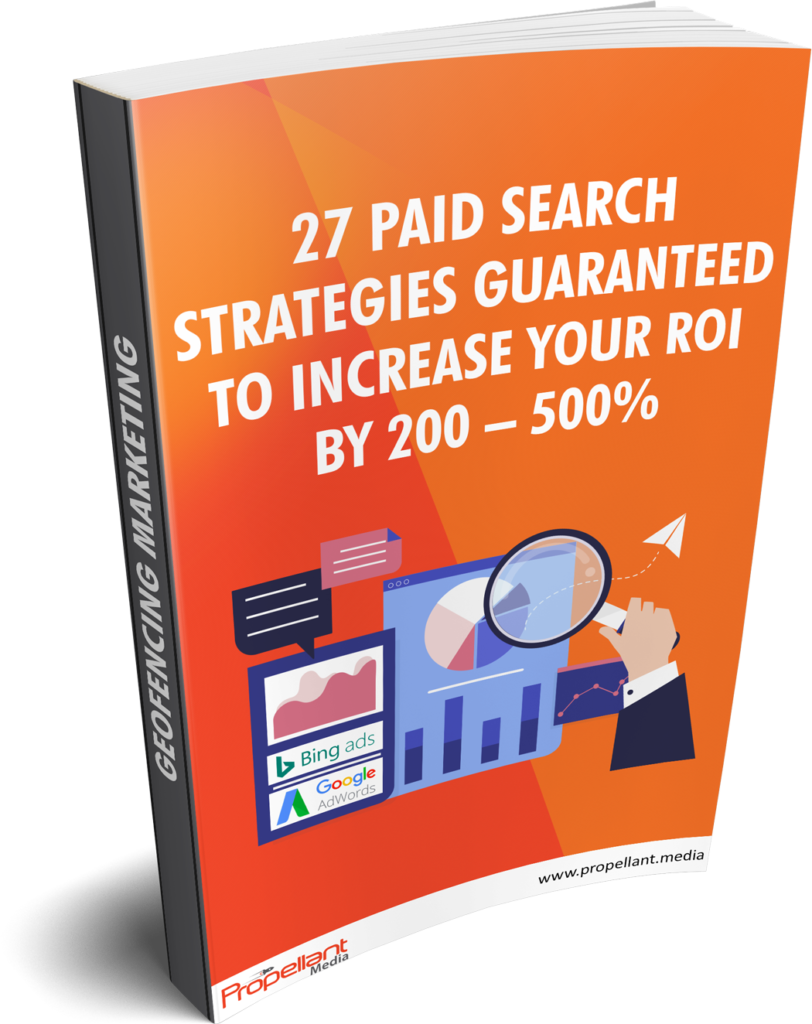 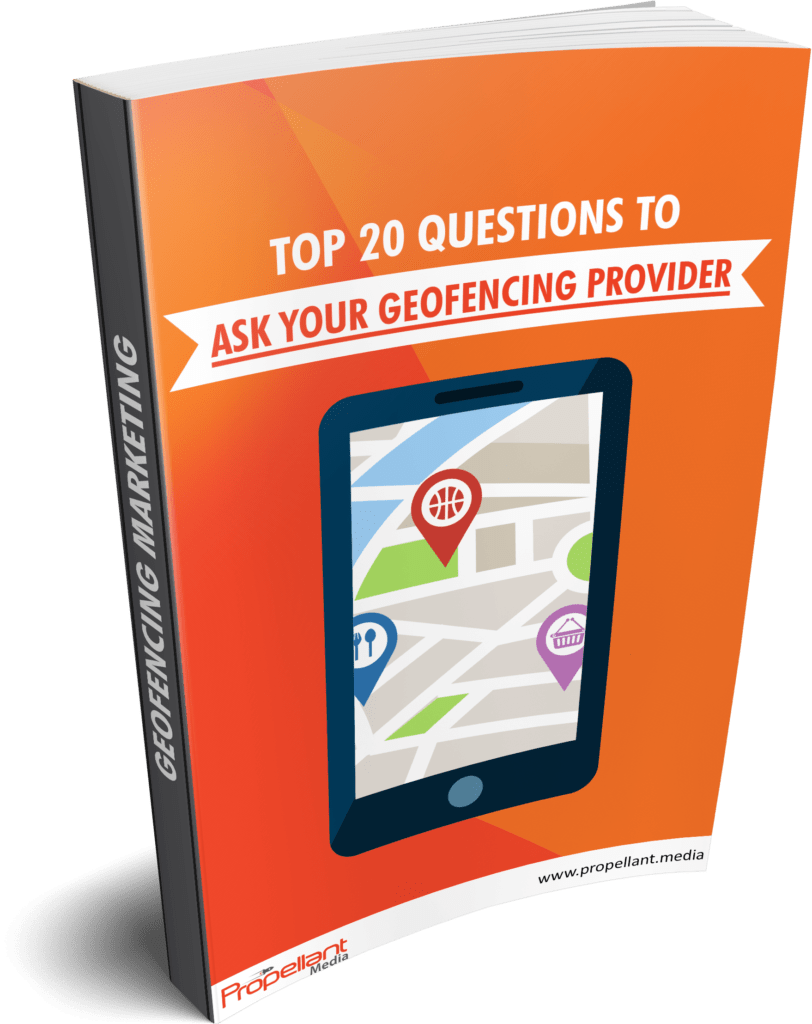 Stay Connected With Us

Propellant Media is an Atlanta based full service digital agency bringing cutting edge solutions to clients in multiple industries and in multiple sizes.  We do everything from geofencing marketing and programmatic OTT Advertising, to paid search and social media advertising.